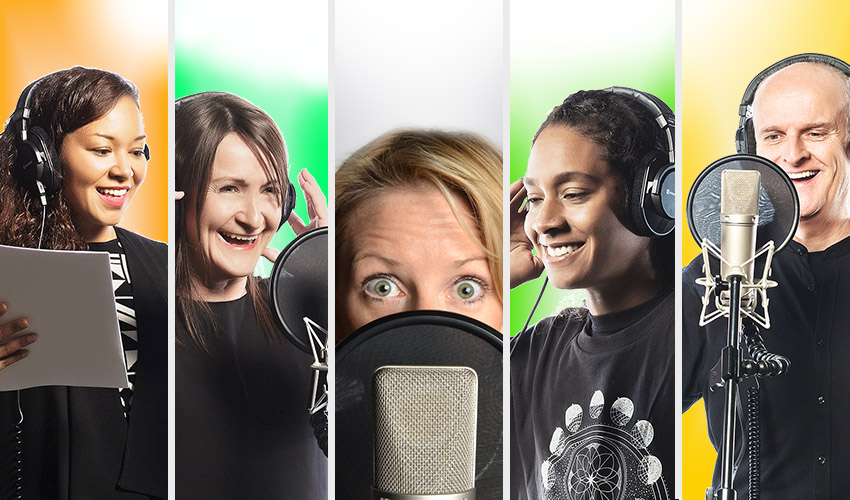 The topic of slating is a contentious one, and many people argue in different directions – yes you should slate your demos, no you shouldn’t slate, yes you should but you should do it in a character voice and so on.

Firstly though, let’s answer the question…

What is Voiceover Slating?

Voiceover Slating is where you put an ident to who you are at the start of your voiceover demo reel, or your custom audition. Typically they go in the format of “Firstname, Lastname – Demo Type”, so for me that would be “Hugh Edwards – Narrative Reel” for example.

It should be pointed out that we are discussing slating here on both your custom auditions for Pay to Play sites and also on your pre-made demo reels you use to try and get work.

There are lots of examples of casting directors, or voice actors who say you should not slate your demos and auditions…so…

Why Should You Slate?

There are three reasons you should slate, and all of these are vitally important:

But there’s another question we need to ask ourselves, that’s just as important:

What’s the Purpose of a Demo Reel/Audition Anyway?

Most people would think that the purpose of a custom audition or a demo reel is to get you hired for a job. Although that makes sense, it’s actually not true:

The purpose of a demo reel/custom audition is to get the hirer to listen all the way to the end, and then to shortlist you…

…Now that is a subtle difference, but that’s the way the world now works, and once you have that truth in your head, you have to conclude that the way you approach the creation of your reel and your custom auditions is subtly different as well.

You have to engage the listener all the way to the end, and you have to illustrate your range and ability in the clip…that is one step closer to auditioning effectively.

You can find out more about this in our Improve Your Casting Chances course – 22 modules on how to approach auditions.

Anyway, I digress. If you accept that you have to provide range to audition well, you can see the real benefit of the 3rd point I mention above – voiceover slating provides immediate range to the casting director. Yes, it’s a bit of a trick, but yes, it works.

Why Do Some People Say No to Voiceover Slating?

There are a few reasons why people say no to the idea of voiceover slating. In my opinion they are misguided, but for the sake of clarity I feel I should put their point of view forward fairly:

Is This a Geographical Thing? UK vs USA?

I recently attended the VO Atlanta conference in Atlanta, Georgia, USA, which by the way is an excellent trip if you can make it. During that conference I was one of four members of a director’s panel hosted by the excellent Mary Lynn Wissner, where we spoke about lots of different things from voice-direction to casting.

…was the look on several people in the front row of the audience who were now completely confused! You may well be feeling the same, and actually, those few were the inspiration for me to write this article to try and clear it up for everyone – (this one’s for you, ladies in the front row!)

Actually the answer to this is pretty simple:

Slating is there for you, the voice actor, and for your benefit, not for the casting director’s benefit.

Once you get that through your head and remember the 3 benefits of slating that I talked about above, it’s easy to work out what to do.

…because human nature dictates that it’s in your interests to – your name lodges in their head, your range is increased and they know what your intention was for this demo reel.

Great! So I Slate All the Time?

So…always slate. There is one exception to this rule, which is….never slate if you are asked not to do so.

Likewise, if you’ve been asked to slate in character – do what you are asked! You’re going to fare badly if you ignore any of their casting rules!

But if they don’t mention it – always slate ….. as it’s more advantageous for you to do so.

In the ever-growing market of voiceover artists and voice hirers, being heard and standing out is ever-more important, and slating is just one of the things that will help you.