Have you ever considered that voiceover business skills are an essential part of being a voice actor? In this blog we take a look at why they are such a vital part of your successful voiceover career.

You Are Running Your Own Business

Much has been written about running your own business – there are a plethora of courses out there, books for dummies, books for cleverites and about as much free information on the net as one could shake a chequebook at.

But someone asked me the other day what my take on it was, and about why Gravy For the Brain, as a company, has been successful and what it’s like as an individual company owner. (I hate the word entrepreneur – nowadays it sounds so pretentious doesn’t it?!)

I will tell you my story since it mirrors others who have started their own business. If you starting out in voiceover it is like starting your own business. So as I tell you this story I’ve highlighted a few points that I think equally apply to voice actors as they do business owners.

Anyone who’s got a Get-Rich-Quick scheme, and wants to follow that kind of model should, in my opinion, buy a lottery ticket instead. I suspect you probably have about the same odds of getting rich.

Business, I’ve found, is really about the long game. Personally, I started my first business in 2003 and through the highs and the lows (there are always both) I’ve found that you have to put in just as much effort at all times, while retaining a bright and pleasant demeanour (which is the test of your character).

In 2003, I started High Score Productions Ltd with my then business partner, Jeremy Carroll. In terms of how I run my businesses now, those were the days of the Wild-West, and anything went.

We were in it for fun just as much as we were for profit, and I still think that’s a good way to start – but we did have one cardinal rule; nothing would leave our studio unless we were completely happy with it. We wrote as much music as we could, we assembled huge alien-bog-monster-machines to create interesting and new sounds, we drank, we didn’t take ourselves too seriously and we grabbed every opportunity we could.

So if you are want to develop your voiceover business skills then realise you need to have fun, set a high standard and go for it.

Did we manage to stick to our cardinal rule? Well, I’d be lying if I said 100%, but where we personally could cast the final veto, we stuck to it rigidly – anyone who’s worked with a producer will testify that you don’t always get what you want!

Lots of ‘entrepreneurs’ like Richard Branson say the same thing – just do it. So if you are thinking about this in terms of voiceover business skills – you need to make decisions and stop procrastinating. Then once you made a decision…. do it.

The Financial and Work Rollercoaster

This single-mindedness did lead to problems though at times. We missed quite a few opportunities that were in the marketplace (games that needed services) because we were so focused on the work at hand, and because we had our heads stuck firmly in the studio whenever we could. 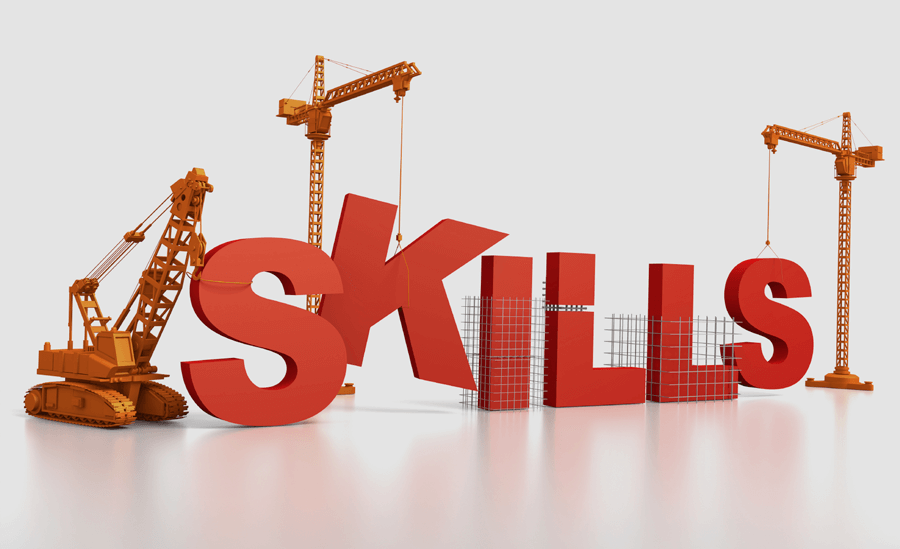 Other business owners I’ve talked to have said that this is a relatively common pattern when starting a new business.

I think it’s safe to say that you need to adopt both policies, and manage your time more effectively than we did then – set yourself a project timeline which includes 20% – 30% time to find more work and build your client base. Approach it like as though you are building your voiceover business skills and these include how to plan and get voiceover work.

The Luck of the Draw

Do you make your own luck? Are some people just naturally lucky? Do you rely on Felix Felicis? Is it all just….luck? Whichever way I answer this is a cliche unfortunately, but for my part, I believe that you make your own luck, and that if you have a positive attitude and grab opportunities whenever they arise, you will end up…lucky.

To take that further, at the start of 2005 we got a ‘lucky’ break and were contracted to produce a huge bunch of commercials for the ITV channel in the UK – more than 50 ads in a year and a half. Was this just lucky? Yes it was lucky that we were there at the right time to get the job.

What that total luck? No – we’d busted our arses calling 800 media companies 25 hours a day for two years, and putting the time and effort in to get the quality of our productions up-to and past the standards needed for the broadcast industry! Lucky to get chosen, but we made our own luck getting there…

Suffice to say that this was a career changer for us, our CV became very credible and we started to become nominated for our work for awards: Kudos goes a long way, and the industry has ears…

The voiceover business skills needed, and those precious pearls:

A Voice! A Voice! (And The Voiceover Business Skills)

Having had a theatrical start to my career (it was always there in the background), and of course, being a complete gaming addict, the gaming industry was my playground of choice.

I had some directorial and linguistic training and attacked the Gaming Industry Voice Market with gusto. Voice Directing has always been such a joy for me, and in my opinion, the best position in the gaming industry; game developers are lucky enough to work on one great game every two years, I am lucky enough to work on 25 every year!

But Does He Have the X-Factor?

And then I met Peter Dickson. Peter and I clicked from the word go, and found that we had so much in common and so much to talk about.

It took us 3 months from the first time we met to the release of our first joint-business venture, My Ruddy Voice, which capitalised on the X-Factor frenzy that was sweeping the nation at the time. It was fun, it was a sideline for us both, and it worked beyond our expectations.

Was that luck? Yes a little bit – but we’d done our research at the start, and we put in the time, bloody, sweat, tears (and some money) – so we were in the place where we could be lucky.

The Pearl: The people who achieve success are the ones who act on their bright ideas.

I can’t tell you the amount of times I’ve had conversations with people who’ve had a lightbulb moment, but then just not followed through on it. (I once set up some work-experience for a friend who was desperate to work in the design industry – I had some contacts, so I thought I’d try and help – she didn’t even turn up to it on day 1, or have the decency to tell the company she didn’t want to do it anymore! Aside from being rude, it’s the exact opposite of what I’m talking about). Go out and achieve, it will never come and present itself to you on your lap or on a plate!

MyRuddyVoice.com ran smoothly for a long time, and we started to notice a drop off in sales. How could we re-invent this? How could we save it? How could this be resurrected? WE MUST SAVE MY RUDDY VOICE!!!

Actually no. More research proved that the market had actually changed and the goalposts had shifted, so we made the decision to stop investment and let it naturally run it’s course.

It had paid itself off many times over and in my eyes, MyRuddyVoice.com was a huge success, even though it won’t be here in the future. We’ve had at least 10 copycat companies spring up since we started, and imitation is a nice form of flattery after all.

What’s the voiceover business skills you need here? Well, it’s just to being able to recognise that sometimes, you have to let things go…the trick is to know when to stop throwing money at a problem, even if it’s cost you more than you made – don’t be proud!

This came about because Peter and I (discussed over a moderately heavy liquid lunch) realised that we had much more knowledge than your average Joe about working in the gaming industry as a Voice Actor, but even worse, there was only a tiny clique of actors being used (covered in this post) – if anyone was going to do something about it, it should be us.

So we acted on our laurels, and did something about it.

Focusing On Your Voiceover Business Skills

Although this was only the second mass-market company we’d done, we’ve done things differently. We are completely customer focused, which means a 24×7 customer support, detailed analysis on customer feedback, building our community and presenting varied and high-quality productions directly to the customer, as best we can.

The one thing that’s changed though, with Gravy For The Brain, is that it’s become very apparent that the amount of effort you need to create a product (in our case, courses) pales into insignificance with the amount of time and effort needed to market the product to it’s audience. I would estimate that it’s more like an 80/20 rule – 20% to create and 80% to market. There’s a whole world out there – but it’s a long walk all the way around it!

So that’s my business life in a nutshell – it’s not easy, it’s not all plain sailing, but we’re still having fun, ever day is different, we’re still doing what we love…and that, perhaps more than the financial gains, is the measure of success that I like to work to.

That’s my idea of business!