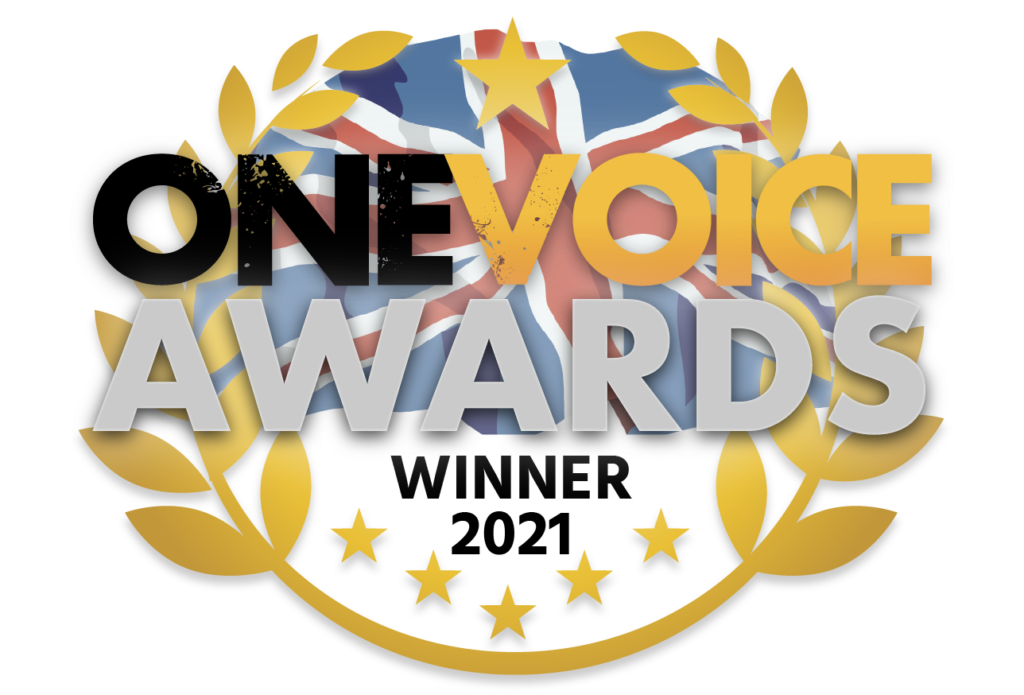 The night? Saturday 21st August, 2021.
The location? The Canary Wharf Hilton Hotel.
The host? Voiceover Man himself, Peter Dickson.
The sponsor? PHMG
The guests? 160 of the most talented voice artists in the world
The number of courses eaten at dinner? Three.
The number of voices referenced in the title of the awards? Just one.

The One Voice Awards made a triumphant return to a live audience after a brief period away (let’s not dwell on that bit), and rocked back into the lives and hearts of the VO community.

Selected once again by a score of professional judges, the 33 categories that highlight many areas in voiceover were racked off one-by-one – revealing the best-in-the-biz in all their magnificent glory.

The evening was once again hosted by Peter Dickson, kicking the live show dust off in fantastic form – alongside dual-assistants, Gina Thompson and Harvey Clayton-Wright – with a pounding performance of AC/DC’s “Back in Black”. Co-Founder of the awards, Hugh Edwards, ran the show behind the scenes with a live cameo & further support from Mexico City from Harry Davies.

Unlike the rest of this years One Voice Conference, thanks to our partners Reattendance, this event was not live streamed, but it was recorded!

Join Us At The One Voice Awards (At Your Own Leisure)

Below you’ll find a video of the entire awards ceremony. Thank you to everyone who was involved and hopefully, we’ll be seeing even more of you at the One Voice Awards 2022!

The Winners of The One Voice Awards 2021

And here they all are. The winners of the One Voice Awards 2021. Our deepest congratulations to every single one of our winners.